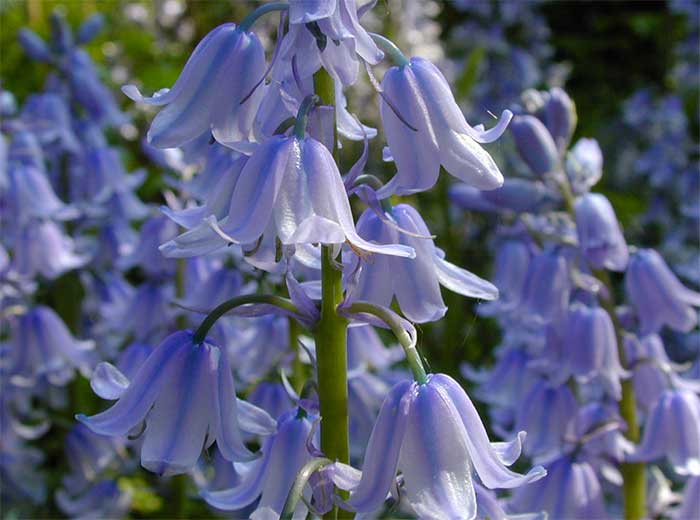 “I remember, I remember
The house where I was born,
The little window where the sun
Came peeping in the ‘morn.”

I remember my Grandfather’s little white cottage, where I spent some of the happiest days of my life, nestled at the foot of a tree-covered mountain. The mountain seemed to hover protectively over it, taking the brunt of wind and storm. I remember the white picket fences, the flat white limestone rocks that served as sidewalks. I remember the apple trees; in the spring the air was filled with the sweet perfume of their blossoms and the hum of bees, taking their share of nectar before the apples took form. We children always chose an apple for our own and watched it grow throughout the summer. Sometimes, at harvest time, there was a little difference of opinion as to which the largest apple belonged. There was a pear tree in the yard, a little peach tree not far away. There were grapes, red and black raspberries, blueberries, walnut, hazelnut and chestnut trees. In the wintertime, we could roast chestnuts in the fireplace as a spe

cial treat. We sometimes burned our fingers, but that was soon forgotten.

I remember my Grandfather’s blacksmith shop where a child could be very helpful pumping the billows. I remember the winding stream with its wealth of treasures. There were small limestones of red, yellow and brown, which served as chalk, using a large white stone as a blackboard. I’m sure the pictures we drew would be considered great in the psychedelic art world of today. When the stream began to dry up, we spent hours carrying small fish in our hands and in tin cans to a deep pool. This pool was just across the road from the barn and out of sight from the house. On a hot, humid day the children often enjoyed a cold dip, sans bathing suits. One day as we were splashing one another in high glee, our handsome young uncle and a friend came around the bend in a shiny new top buggy drawn by a spirited team of horses. Without a thought of propriety, the children rushed across the road to the barn, where our clothes were stashed. My uncle always brought candy for us so we rushed pell-mell to the house, where, with much sadness, we learned that, as punishment for our ‘topless’ performance, our little sister was to have all of the candy.

I remember our swing: a large board across the stream, each end tied to branches of large trees. Six or seven children could swing at the same time with our feet in the cool stream.

I remember the log hog house, over which a huge beech tree spread its branches. My sister, brother and myself often amused us by making dresses from the wide beech leaves, using the stems for pins. We fashioned dresses of Lincoln green and clad only in these ‘Originals by Eve,’ we sallied forth to visit our Uncle Billy. Uncle Billy, much to our delight, chased us down the road, threatening to tear our ‘new’ dresses off. As the hog house was between our house and Uncle Bill’s, our Mother was unaware of our activities until some tattletale told on us. There were also things that could have been harmful such as several varieties of poisonous snakes, lynx and bobcats in the woods. We ran barefoot from morning until night, heedless of danger. Surely God must appoint guardian angels to watch over children. Ours must have been kept extremely busy.

My first attempt, but far from the last, to ride horseback at the age of three and a half years was not as pleasant as I had anticipated. My father, en route to the mill with corn to be ground into meal from which our bread was made left his horse ‘Old Tom’ tied outside the fence. I succeeded in untying the reins and climbing aboard before Old Tom, deciding some meadow grass would taste good, took off through the yard and the apple tree branches swept me off from the horse’s back onto the stones beneath. I thought that I had suffered almost more than I could bear. But then my father turned me over and paddled me soundly. I knew for certain that nobody loved me.

I remember one bright spring morning, we children built a stone ‘stove’ by the stream and prepared to roast frog’s legs. Our guardian angel must have been taking a well-earned rest. The axe was strictly forbidden but my six-year-old brother, Hutson, thought he could handle it. The first stroke missed the wood and struck his bare foot, almost severing his big toe. He crawled on hands and knees to the house, leaving a trail of blood, into the bedroom where he sat trying to stifle his sobs. He begged us not to tell Mama. He might have bled to death had not something prompted my mother to look in the bedroom window.

My father, and nearly every able-bodied man in the neighborhood, worked for a time at the exorbitant wage of ten cents per hour laying pipeline in the oil fields. My father arose long before dawn in order to reach the oil field in time for the start of the workday. As soon as I heard mother stirring in the kitchen, I was out of bed. I recall one morning when I thought I would like something other than cornbread for breakfast. Pulling the back of my skirt over my head for protection against the brisk morning air, I set out in the dark for my Uncle Billy’s house.
They also were having cornbread for breakfast. No doubt, acting on a suggestion from my witty uncle, I tripped down the road past home to the home of a maternal relative. They too were dining on cornbread, so I decided I might as well go home and eat my mother’s cornbread.
These happy, carefree days are long since gone and live only in memory.

Note: Grandma Stenoien submitted this to “Reader’s Digest.” While it was not accepted for publication, it serves as a wonderful reminder of the ‘care-free’ days of childhood. There is nothing wrong with looking in hindsight through ‘rose-colored glasses.’ We all too soon forget the magic and adventure of life.

The Bowen family left for North Dakota in 1905, just before she turned six. Refer to ‘Go West, Young Man.